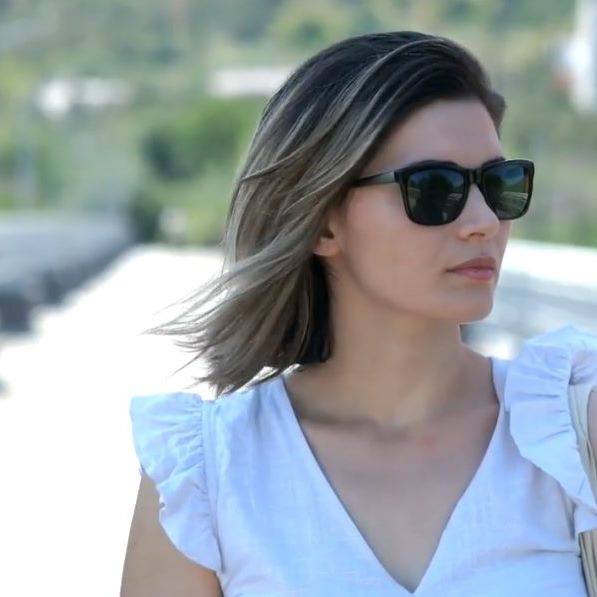 You probably already know from my previous blogs that I grew up in Georgia, but I was still far from it. This has its explanation and its reasons are in the policy of the state towards our community and in the historical way of our country. Everything has several reasons and explanations, and not one.

I used to constantly blame my parents. Why did not you fight for us? Why didn’t you ask the state to study the Georgian language anyway? Why did you not vote when your rights were violated? Of course, they had the answer: «You do not know, and you will probably never know how I actually saved you.» I often heard words from them that God knows what years we have gone through. The main thing is not to repeat it. We met the people who settled in Marneuli with flowers. We shared our house, our land, our doors, but they misused our goodness.

Yes, exactly 30 years have passed. Before that to the generation had not been told about this past. But the time came and many circumstances forced my parents and others to speak quietly, cautiously about the past. About bloody 90s. About our painful past.

From my mother saying: “You were not even 40 days old when it all started. Soon after the collapse of the USSR, the first wave of violence began. I remember you had a high fever and because of that, we had to take you to the hospital. The 10 km road was as far away from us as the Moscow road. We were scared. We could not go to Marneuli. It was such a difficult situation that we could not even have a name for you. Only months later your father chooses the name «Samira» for you. One day we heard that the army had entered Marneuli and because of this everyone had fled the city. I could hardly find one car to come to town and see if I was alive. There was no one in the hospital. You were alone in the ward. You did not know what was happening and you slept peacefully. Then we learned that not even an army, but a group of bandits and thieves had entered the city. They robbed houses and terrorized us. Who were those people ?! I will have the answer to that towards the end. I also learned this 30 years later. So wait for a while. Similar things were happening in Dmanisi and Bolnisi. It was then that Gamsakhurdia’s ethnic cleansing began with us, and other places too.

I will go back to the present time. I remember the time when I stubbornly wanted to study in Tbilisi and my parents categorically refused it. I will not let you go to Tbilisi with Georgians they said. However, the time has come and I transferred to one of the universities in Tbilisi. My parents found an Azerbaijani family who was renting a house in Tbilisi. After that, they calmed a bit. On the contrary, I wanted to stay with a Georgian family to learn Georgian language, culture, and traditions. I knew I was late and now I had a lot to attend to. My parents called me every day, scared to visit me. My answer was the same: Tbilisi is a quiet city. I really knew nothing about the 1990s then.

Perhaps the integration of my generation into Georgian society happened so easily because our parents did not pass on their black memory to us. They did it with dignity and awareness. The pain was hidden. We knew nothing of what had happened in our past.

I remember the time when one of my friends during my presentation told his child that I was Azerbaijani, a Muslim. Then his son asked: «Tatar ?!» This was followed by talking about us, Georgian Muslims as well. The eight-year-old already knew this for some reason. For me, it was another disappointment.

Gradually I made many friends. With their help, I balance my feelings and pain. I believe in humanism, solidarity, freedom. I know we are not in the majority of those who believe this. But I still believe in a sunny and bright future. And it is precisely this hope that unites us.

Let’s go back to the past! Everyone remembers the 2016 elections and the mess in Marneuli. However, I am sure not everyone knows the real cause of this tension. The people of Marneuli know this very well. We did not want those who created the 90s and our pain to come to politics and power. The history of this period can not be read in any document, but it has not completely disappeared from the memory of our people. That is why our community protested against the possibility that thieves and robbers at the time could enter politics. They took away ordinary people, halal (honest) money earned by their own hard work, and thus set up huge businesses. But none of these people are in jail, on the contrary, they are in power. I know very well that similar incidents of violence took place in other regions, such as Samegrelo, Tbilisi, and Pankisi. The newly born weak state could not contain the violence. But with us, this process was not just a state of violence, robbery, and disorder. It also had a chauvinistic purpose. We were directly told that this land was to be liberated from the Tatars. Now, as well as culturally, they tell us «you use our land and water»!

Many families left Georgia then. They abandoned their homes and new families settled in these homes. The people who were forced to leave Georgia, their hand-built houses, now there live the persons who expelled them. How difficult it is to look at your hand-built house from afar alone, look on your childhood playing in the yard of that house, watching you, calling you but you can no longer go to your soul.

Now our robbery is not physical, but cultural. Everywhere we face difficulties. Our voice is not heard in politics. We are not given a proper education. We are not given adequate social resources. People are still silent. Yes, silent. Not because they are uneducated, or do not know the language, or do not have the courage. They have other worries. They do not want to repeat the past again. People still do not have hope for the state. They do not even want to lose their precious person. Where the state is weak, there will be third parties and we do not want to confront these third parties, because we are not afraid, because we do not have a state that protects us! And it is precisely this confidence factor that we have been able to integrate.

The events of the 90s took place in such a way that the state did not even create a space for understanding and repenting of this process. With our pain and unpredictable future, we are still left alone. Unwanted actions have been taking place in Marneuli for 4 years already. Actions that remind us of this forgotten past. The «Georgian March» came to Marneuli with local partners. Again we hear the words: You live on our land and enjoy our land and water! This land, this homeland is as much ours as it is yours. We sow fruit and love here! Nothing more!

If you destroy the monument of the writer of my nationality, will you be a cool Georgian? If you put across in front of my house, will you be a good believer? If you erase the traces of my culture, will you be a cool patriot? I respect the cross, Georgian culture and it is part of our common culture, but today it is used as a tool of our subordination. How can we not understand that all this is against humanity!

I always have the feeling of being on the edge of danger. As then when the doctors had to save me, but they left me in an empty hospital.

Maybe my recollection and chaotic narration make many angry. Maybe surprise someone. I may be asked to continue my parents’ silence and remain silent. But a peaceful future and unity can only be built on truth. If we made everyone be aware of this pain and put an end to the logic of the past, I would have remained silent. But when the same thoughts, the same emotions come back to life and the state is silent again, I am forced to recall the past. Remembering the past can deter its repetition. Maybe with this text even those who talk about us as «second quality» citizens feel our pain and regain humanity ?! Enough! Do not sow discord in our region, let our brotherhood be real! Stop it! That’s why I look back.

And yet I expect that once the sun will rise, we will be cleansed and will only feel the love!