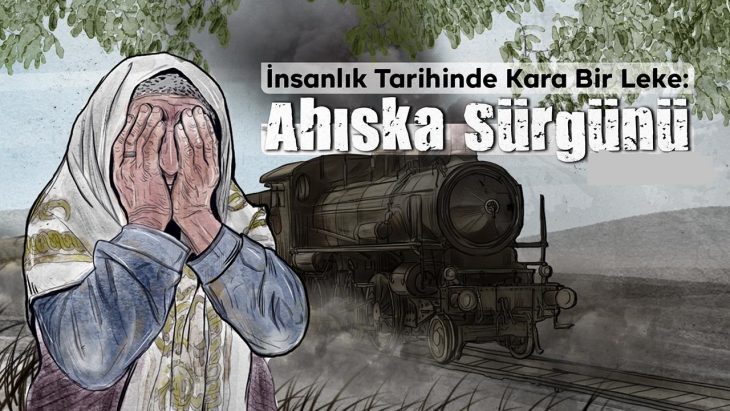 The Group of Interregional public association of Meskhetian Turks «Vatan» prepared a report on the situation in Georgia regarding the implementation of the International Convention on the Elimination of All Forms of Racial Discrimination. The official state report of Georgia and the alternative CCHRM report will be considered at the 108th session on 23-24 November 2022.

Extracts from the report

According to the ninth and tenth periodic reports submitted by Georgia, the number of submitted applications for repatriation is 5,841. This refers only to applications accepted by the Georgian authorities, while the number of prepared and submitted applications according to public organizations of Meskhetian Turks [Public Association of Akhaltsikhe Turks living in Azerbaijan — «Vatan», Interregional Public Organization of Meskhetian Turks of the Russian Federation «Vatan»] was over 15400 (13400 from Meskhetian Turks living in Azerbaijan and about 2000 applications from Russia). Of this number, only 5,841 applications were accepted; the rest were rejected at the embassy and consulate reception stage due to identified shortcomings (including being filled out in Russian instead of the required Georgian or English) as well as non-compliance with legal deadlines.

This situation is due to strict time constraints and the admittedly complex application conditions: the application period was limited to one year, which was subsequently extended for a total of one more year under pressure from the Council of Europe, which had no significant impact on the overall process. The financial cost of collecting the necessary documents, equal to approximately 300 — 400 USD, with a monthly income of applicants not exceeding 100 USD.

Only 1998 persons were granted repatriate status and only 494 persons were granted «conditional citizenship» according to the Georgian periodic report, which is not even one percent of those wishing to move. Moreover, not a single person deported from the territory of the Georgian SSR by the former USSR authorities and their descendants have become full citizens of Georgia under the Law on Repatriation. As noted in the report, the said law and its complicated conditions and artificial administrative barriers demonstrated that people were not welcome in Georgia, and in Georgia human rights activists called this law «the law of no return» for the deported population.

The 494 people who were granted conditional Georgian citizenship all had Azerbaijani citizenship, the withdrawal of which is a complicated procedure. Many experts believe that the Georgian government should have signed agreements with the governments of those countries where the FDPs resided in order to resolve such issues. However, no intergovernmental agreements on citizenship have been concluded by the Georgian leadership.

The state strategy on the repatriation of internally displaced persons approved by the Georgian government in September 2014 is purely declarative in nature. There is no action plan or implementation mechanism to ensure and monitor its implementation. Repatriates (residing in Georgia) face integration problems, such as lack of understanding by the majority of the population of the historical reasons for people’s return or language barriers in accessing education or employment. The strategy stresses the need to preserve the cultural identity of returnees, at the same time pointing out the requirement to know the state language of Georgia. Based on this, the government intends to open Georgian language courses for returnees and provide access to educational resources.

The self-identification of returning FDPs is a stumbling block for the Georgian authorities. Under Soviet rule, the Georgian authorities openly and formally insisted that people should return to their «historical roots» before returning to their historical homeland. These were understood to mean «restoration of the historical Georgian surname» and recognition of «their Georgian identity». Today, the official position of the authorities does not make such demands. However, practical application demonstrates that the basic conditions remain unchanged.

Having adopted a formal law on repatriation and complicated the application procedure and repatriation process, the Georgian authorities have undermined the efforts of all international organizations and all peoples forcibly displaced from Georgia to resolve the repatriation issue. Today the Georgian authorities at the international level propose to solve this difficult and painful issue for hundreds of thousands of Meskhetian Turks through the Organic Law of Georgia on Citizenship of Georgia, which, according to the official opinion, allows them to acquire citizenship through naturalization and can solve the repatriation problem for several forcibly displaced peoples. However, Meskhetian Turk families who returned on their own initiative as «self-repatriates» face greater integration problems, as they are recognized as foreign citizens with neither repatriate status nor Georgian citizenship. This creates difficulties in accessing education, employment and housing. These people are forced to leave and return to Georgia once a year in order to legalize their situation in the country.

It is noteworthy that modern Georgian authorities have resorted to the practice of banning the entry of Meskhetian Turk activists from other countries.

The report concludes with recommendations for the Georgian government to address the existing problems.