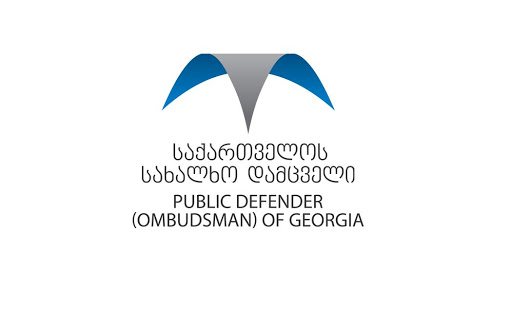 The present report of the PDO evaluates the implementation of the International Convention on the Elimination of All Forms of Racial Discrimination (hereinafter ICERD) by the government of Georgia. In particular, it comments on and assesses some of the implementation measures mentioned in the combined ninth and tenth periodic reports (hereinafter the State Report) submitted by Georgia to the Committee on the Elimination of Racial Discrimination (hereinafter CERD).

The current Code of Administrative offences is seriously flawed in that it does not include a discriminatory motive (whether racial or homophobic or based on other status or characteristic) as a circumstance aggravating administrative penalty.  Thus, it is not possible to reveal and establish a discriminatory motive in cases which are classified as administrative offences. This greatly complicates the maintenance of statistics on alleged hate motivated offences and increases the likelihood that illegal hate acts will be left beyond attention.

In 2018 the Public Defender addressed the General Prosecutor of Georgia and the Minister of Interior with a general proposal to create a structural unit in the existing investigative system responsible for investigating hate crimes, which will be staffed with the aim of preventing crimes committed against vulnerable groups and conducting timely and effective investigations. It should be noted that in the framework of the UN Universal Periodic Review in 2nd and 3rd cycles Georgia received a recommendation to establish a special structural unit to investigate hate crimes.

In the context of strengthening response mechanism, the State Report also refers to the Service of Coordinator of a Witness and Victim Protection within the Prosecutor’s Office and its participation in the criminal law procedures including those related to hate crime cases. In terms of raising awareness on non-discrimination issues, it is important to support counter-arguments against racial discrimination. Public officials and figures have a special responsibility to avoid and condemn racist rhetoric and to promote tolerance and equality.

Unfortunately, there have been several instances of racist expressions or statements encouraging discrimination by public figures. To name an example, MP and member of the ruling party Nino Tsilosani referred to the Christian and Muslim communities as Georgians and Muslims during the events related to the conflict around construction of a mosque in the village of Buknari. Moreover, Zaza Abashidze, Director of the National Center of Manuscripts, responded to the lockdown imposed on Marneuli-Bolnisi, districts populated by Azerbaijani-speaking people, during the first wave of the novel coronavirus, by posting a statement on Facebook, saying that “They should be locked up in the village and die out к ебённой матери!». When speaking of the conflict between ethnic Georgians and Azerbaijanis on May 16 and 17 2021 in Dmanisi, MP and the chairperson of the Parliament’s Culture Committee, Eliso Bolkvadze said that she was sure that the issue would be resolved in a “friendly atmosphere between the two countries”. Such statements may have the effect of encouraging discrimination and division of the society instead of promoting equality and tolerance.

In the context of raising public awareness, the State Report states that the State Agency for Religious Issues permanently conducts trainings to strengthen inclusivity and cooperates intensively with all religious organizations existing in Georgia and promotes dialogue with them. Officially, the Agency is a legal entity under public law, which carries out informational, research, scientific-educational and recommendation activities in the field of religion for the Government of Georgia and the Prime Minister of Georgia. However, the role of the State Agency for Religious Issues in protecting religious freedom is still unclear.

In the context of political participation, the State Report reads that “since 2017 community-consultative councils operate at the offices of the administration of the state representative/governors in Kakheti and Kvemo Kartli regions that ensure engagement of ethnic minority representatives in the decision-making process”. The Council of National Minorities under the auspices of the PDO has assessed the work of the aforesaid consultative councils negatively. In particular, according to the Council of National Minorities, these consultative councils do not sufficiently ensure regular dialogue between the representatives of national minorities and the state. Furthermore, these councils usually have civic engagement functions and are not designated to act as minority consultation mechanisms. Moreover, their mandate is rather ambiguous. Thus, the PDO considers that no effective institutionalized consultative mechanisms have been established for minorities at the executive level and no effective steps were taken to strengthen the existing mechanisms.

In terms of access to employment and economic empowerment, the State Report mentions various employment facilitation programmes. In this connection, the PDO has assessed employment support programmes of the Social Service Agency and the internship in civil service for the beneficiaries of the Georgian language programme (“1+4 programme”) as a fragmental and thus insufficient intervention to solve the problems in employment of ethnic minorities. According to the State report “ethnic minorities in the regions densely inhabited by ethnic minorities have access to information on state healthcare programmes and social benefits, various disease, and their prevention and information materials are available in minority languages”.

Lack of appropriate information, due to the lack of comprehensive human sexuality education in schools and limited access to information in a language understood by girls and women from non-dominant ethnic groups, is one of the problems. The language barrier prevents members of non-dominant ethnic groups from accessing health care services adequately. National minorities have to ask family members, relatives or friends to accompany them and assist them in communicating with doctors, which is of course associated with additional risk factors.

The State Report also addresses access to media and information for ethnic minorities, including the activities of the Georgian Public Broadcaster in this respect. Despite the activities of the Public Broadcaster, the PDO would like to note that the practice of disseminating information in the languages of national minorities mainly through the online platform remains problematic, since residents of regions populated by national minorities have limited access to the internet.

The State Report claims that the Law of Georgia on International Protection “fully complies with the 1951 Geneva Convention Related to the Status of Refugees”. However, the PDO considers that regulation regarding imposition of criminal liability for illegal border-crossing contradicts both the 1951 Geneva Convention as well as the Constitution of Georgia. As the State Report reads, “in the case of the illegal entry into or stay in the territory of Georgia of an alien or a stateless person, he/she shall immediately apply to the state agency with a request for international protection. In such case he/she shall be released from criminal liability in accordance with Article 7 of the Law on International Protection”. However, the same article stipulates that if a person is not granted refugee status, humanitarian status or temporary protection after reviewing the application, he/she will face criminal liability for entering the territory of Georgia illegally. As the PDO considers this provision unconstitutional, it filed a constitutional lawsuit last year. The PDO finds that the disputed provision contradicts the constitutional norm establishing the right to asylum as well as the norm of the Convention relating to the Status of Refugees establishing the exemption for refugees from criminal liability for illegal border crossing. While the act (of crossing the border) itself and the circumstances excluding liability are not decisive for the imposition of criminal liability, but rather how the relevant body will subsequently make a decision on a person’s request for international protection, the person is not guaranteed exemption from criminal liability, and he/she may be subject to punishment for reasons independent of him/her. As a result, in such circumstances, a person may refuse to apply for asylum and thus remain without the benefit of the right to asylum. Moreover, the PDO identified cases of violation of article 7 of the Law on International Protection in practice. In particular, according to the interrogation scripts, two Turkish citizens, placed in a penitentiary institution on charges of illegally crossing the Georgian state border, sought asylum during their detention at the border. According to the Ministry of Internal Affairs, their registration of the Turkish citizens as asylum seekers was not proven and this served as basis for their criminal prosecution. However, the border police were obliged to release the detainees as soon as they received/identified their requests for international protection and to inform the Migration Department of their applications. Thus, the PDO considers the detention of the Turkish citizens illegal.

The State Report refers to reforms enhancing the independence and accountability of the judiciary and the High Council of Justice. Despite these reforms, acute problems remain in ensuring an independent, impartial and transparent judiciary in Georgia. An influential group of judges within the judiciary in coordination with the ruling political party manages the judiciary under corporate influence. Particularly, members of the High Council of Justice are appointed and dismissed by the decision of the said group. This calls into question the independence and impartiality of the Council.

Regarding the selection of judges mentioned in the State Report, it should be noted that following the political agreement brokered by the President of the European Council to defuse the political crisis following the 2021 local elections in Georgia, the government pledged to suspend the staffing of the Supreme Court until a fundamental reform of the judiciary. However, the staffing of the Supreme Court was not suspended.