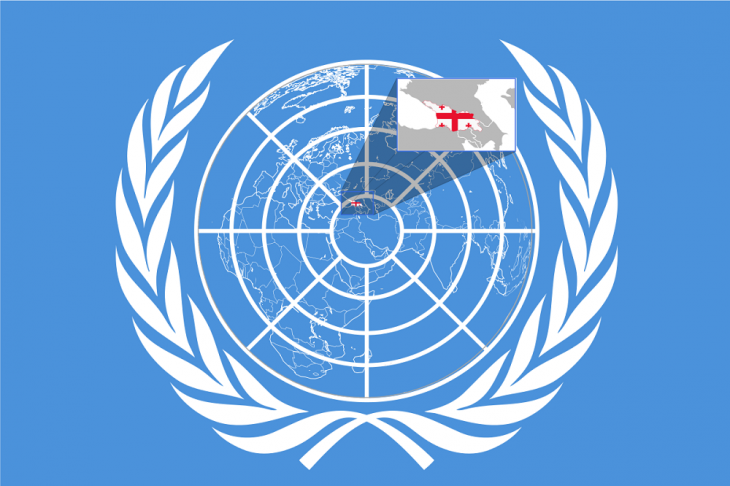 The report is submitted by the Salam Platform, founded by ethnic Azerbaijan civil rights activists, the Human Rights Clinic of Ilia State University School of Law and the Centre for International Human Rights (CIHR) of the Northwest Pritzker School of Law. The paper reports on human rights violations against ethnic Azerbaijanians living in Georgia and raises issues related to the protection of social rights, political participation and the right to environmental protection.

Azerbaijanian children have far less access to pre-school education than ethnic Georgian children. As of 2018 (the most recent statistics available), 82% of children in Georgia aged three to five were attending pre-school. The rate for Azeri children was only 28.8%. A similar disparity exists for children under the age of three. Overall in Georgia, 65% of children under the age of three attend pre-school. But in regions densely populated by national minorities this figure is only 25.5%.

However, the State has recognized the lack of resources for pre-school education in regions with large ethnic minority populations but has not taken measures to remedy the situation. In 2021, the Government adopted a ten-year plan entitled «State Strategy for Civic Equality and Integration 2021-2030», which recognizes the problem of lack of access to pre-schools in ethnic minority areas. This State Strategy plan acknowledges that providing access to preschool education in ethnic minority areas will require adequate infrastructure, appropriate conditions for quality preschool education and resource mobilization. But the State Strategy does not analyse the fundamental and structural causes of the problem and does not commit to providing pre-schools in Azerbaijan villages on the same basis as in ethnic Georgian villages.

The state has failed to provide appropriate textbooks to schools where the language of instruction is Azerbaijanian (or one of the minority languages in Georgia). According to the 2014 Geostat census, the number of pupils in non-Georgian language schools was 54,325, accounting for 9% of the total number of pupils. The largest share of these pupils, 47.7%, spoke Azerbaijani, 26.5% Russian and 24.5% Armenian.

For many years now, the biggest problem for national minorities in Georgia has been ignorance of the state language. The language barrier impedes the social integration of members of the Azeri community in Georgia. Among many negative consequences, the language barrier makes it impossible for most Azeris to access higher education. Without university education they are deprived of many employment opportunities and social life opportunities. Due to language barriers, members of the Azerbaijanian community, as well as other ethnic groups, cannot adequately benefit from public services.

Access to higher education is critically challenging for Azerbaijanian students. To enter universities, most Azeri-speaking applicants are allowed to take only one university entrance exam (general skills) in Azeri. Entrants study Georgian for the first year before progressing to the regular four years of university study. The Georgian language programme, known as the ‘1+4 Programme’, was launched in 2010.

Although the programme is important, its effectiveness is very limited due to the low level of funding provided by the state. The high cost of the programme and the generally low socio-economic status of Azeri students make participation in the programme virtually impossible for students whose costs are not covered by the state. Access to higher education for the Azeri community and other national ethnic minorities remains difficult.

Members of the Azeri community are excluded from both politics and decision-making processes and often become instruments of political parties and leaders. The participation of ethnic Azeris in the political process is extremely limited and in most cases formal at both central and local levels. During the reporting period, the Government of Georgia finalized its Human Rights Strategy 2022-2030. Not only did the document fail to adequately address the problems faced by ethnic Azerbaijanis, but the working process was also closed to community members and human rights organizations. Moreover the Georgian State Ministry of Reconciliation and Civic Equality excluded the Salam platform from the work and participation in the implementation of the State Strategy for Civic Equality and Integration 2021-2030.

According to the report, environmental protection in ethnic Azeri settlements is also an acute issue. Ethnic Azerbaijanians will suffer most from environmental problems caused by mining in Bolnisi. This year the mining company Rich Metals Group (RMG) plans to expand its operations to predominantly Azeri areas of Bolnisi municipality. In Mushevani, Bolnisi municipality, ethnic Azerbaijanians depend on their agricultural lands for their livelihood, and given the company’s history and reputation, they will be left with poisoned soil and toxic waste, and a degraded environment.

Full report at the link