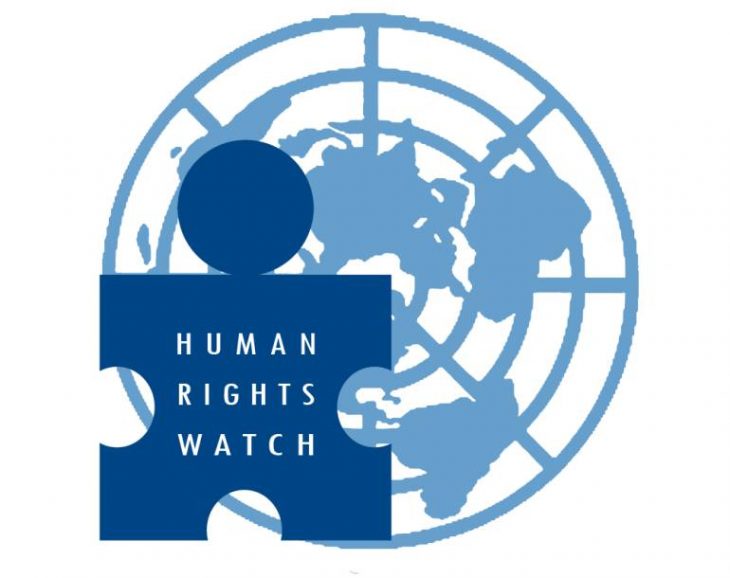 Freedom of the media suffered setbacks, the jailing of a critical TV director, lack of accountability for law enforcement abuses, illegal surveillance, unfair labor conditions, and violence against LGBT people.

By October, the ombudsman’s office had received 70 complaints of ill-treatment by prison staff or the police. The authorities have been investigating 61 of them. The office petitioned the investigative body to launch investigations into the remaining cases.

In January, local TV networks broadcasted video footage showing a police officer beating a 17-year-old boy with hearing disability in a metro station. One officer slapped and punched the boy several times, while another stood nearby without interfering.

In June, parliament hastily adopted a controversial surveillance bill. Sponsored by the ruling party, the bill authorizes indefinite wiretapping and other surveillance against individuals, without notifying them, in relation to 77 offenses, which now include trafficking, inhuman or degrading treatment and drug-related crimes.

In September, an opposition-leaning television station, TV Pirveli, published leaked materials allegedly documenting the State Security Service’s massive surveillance of opposition parties for the benefit of the ruling party. The materials show the surveillance of leading politicians in public and private settings.

In May, a court sentenced Nika Gvaramia, director of Mtavari Arkhi TV—a leading critical TV channel—to three years and six months in prison for abuse of power over managerial decisions while he was director of another private TV company. The authorities claimed that his managerial decisions brought less profit to the company. The decision was largely criticized by Georgian civil society as unlawful and politically motivated.

In July, the Prosecutor’s Office launched an investigation into an incident in which an MP allegedly physically attacked TV Pirveli’s founder, Vakhtang Tsereteli.

Despite recent legislative improvements, fair labor conditions remain a concern in Georgia. Overtime regulations are weak, social protections are minimal, unions lack legal guarantees that would allow them to effectively bargain for systemic changes, and shortage of resources hamper the Labor Inspectorate’s effectiveness.

LGBT people in Georgia continue to face harassment, discrimination, and violence. In May, a group of some 30 men attacked five transgender women in their home in Tbilisi. The attackers, armed with stones and bricks, assaulted the women and their landlord, damaged their house, and made death threats. In July, the Tbilisi City Court fined three people for raiding the offices of Tbilisi Pride, an LGBT rights group. In total, police detained 31 people in connection with the violence.

The prosecutor’s office reported 13 cases of femicide and 11 attempted murders of women by family members from January through August. Human Rights Center, a local rights group, said that courts often release on bail abusive partners, who continue to threaten the survivors.  In November 2021, the UN Committee on the Elimination of Discrimination against Women (CEDAW) found that Georgia breached several articles of the Convention on the Elimination of All Forms of Discrimination against Women regarding the case of Khanum Jeiranova.  Jeiranova died in 2014 after experiencing public humiliation and violence by her community.

In June, in response to Georgia’s membership application, the European Council stated its intent to grant candidate status once Georgia fulfills the 12 priorities identified by the European Commission.

In June the European Parliament adopted a resolution deploring the “significant deterioration” of media freedoms in Georgia, including intimidation, violence, and “politically motivated criminal investigations into media workers and owners,” and condemned Gvaramia’s imprisonment.

Also in June, the International Criminal Court (ICC) issued three arrests warrants for war crimes committed during the 2008 conflict between Georgia and Russia over South Ossetia.

In September, the UN Human Rights Committee urged the government to investigate human rights violations and hold perpetrators accountable, step-up efforts to combat violence against women, and protect people from discrimination and violence based on sexual orientation and gender identity.